Eric Rintell, Versatile IT Manager Who Merges Technology and Vision for Clients 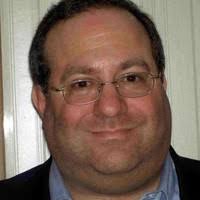 Knowledgeable, accomplished IT executive with over 15 years of experience, driving the development of complex enterprise systems supporting thousands of end users across multiple platforms and languages worldwide. Eric is a specialist in Business Data Backup NYC, has Strong leadership skills, with the ability to contributing financial management and technical skills to institutional vision.

Eric’s responsibilities included Microsoft Office 2010 migration as the technical lead while also managing customer relationships and overseeing 4 engineers. In addition, he worked on Office 365 migration as the delivery architect for a 5K seat client and developed the sales materials for NGD which resulted in over $6M in billables. One of his chief accomplishments was to create the standards which are now used for a recurring consulting product.

Eric was instrumental in developing a business offering based on a definitive software library for multiple platforms (desktop, virtual desktop, and terminal services, mobile devices. He presented this solution to upper management and sales groups and it was very well received. He created optimized virtual machines (VM) using parent VMs and linked clones and separated user persona and data from VM, easing the pain when moving customer data from physical to virtual desktops.

Most importantly company stakeholders maintained tight control over the Windows environment because of the easy upgrade paths not dependent hardware refresh cycle, therefore VM delivery time was able to move from 65 to 18 seconds by optimizing both the VM and the infrastructure.

He proposed and closed 3 multi-million-dollar desktop deals and 2 large Office migration deals. He was the Architect and delivered Wyse thin client-based Windows 7 to rental equipment client. Eric was able to deal with the allv challenges including the management of over 200 domestic retail locations with poor WAN connectivity by using a combination of USB keys, regional hubs and rotating thin clients.

Once the new image was deployed, only the image changes were sent over the WANSolved technical, business and legal issues for a global insurance company by upgrading and implementing from Lotus Notes client to Microsoft Outlook client as part of a Lotus Notes to Microsoft Exchange cloud migration.

Led team of 10 engineers that completed discovery, analysis and recommendation for 80,000 users at large insurance firm, upgrading to Windows 7 from Windows XP.

Collaborated with vendors on this project and Business Data Backup NYC, and overcoming project inertia from customer’s internal IT staff.

Eric Served as technical lead in onsite customer project delivery and managed technical teams of up to 30 people. He also mentored 5 IT subordinates.

Helped to develop and deliver Microsoft solutions to clients including:

What others have to say.

Mr. Rintell is one of the most knowledgeable people I’ve had the privilege of knowing since starting in IT 15 years ago. I have worked with him at several customers and the one constant is that with him on the team the results are always the same… success. Very detailed oriented thinks outside the box and always is willing to rapidly adapt to customer needs are some of what makes him a valuable asset to any team, customer or work he is involved with. I would not hesitate to work with him if our paths crossed again.

Is Your Technology Working For You?